A Field Trip to the World

“A ship in harbor is safe. But is that what it was meant for?”

Travelling certainly has its risks, but the scales weigh heavier on the ‘just go’ side because new experiences educate our senses and our understanding of others and the world.

What do the kids think of this travelling thing?

My nine year old Rachel says, “You could get sick because you have to get used to different illnesses”. She knows how I’m prepping with long sleeves, pesticidal mosquito nets and searching for the highest Deet concentrations. Hopefully we won’t become familiar with malaria.

“You learn different languages and see how people really live in Africa, not what people just tell you,” says eleven year old Madelyn. Seemed to me, we walked right into a World Vision commercial when we travelled to the Great Rift Valley. Curiously, television tells us the truth sometimes. And through the cliched mouth of many who have travelled to the developing world, “it changes your life”.

“You miss extracurricular stuff,” says my oldest two girls. Yup, continuity at home is interrupted. Dance, gymnastics, piano, guitar and choir are put on hold till November. But not studies, because whatever new place we live in the world, there are all manner of lessons taking place outside our door. As Rachel says, “You don’t have to do school. Travelling is a one month field trip.”

“You can see that not everyone gets boxed cereals and cheese,” says Madelyn. “A disadvantage is you only get two options, rice and beans, or rice and beans and spinach.” Well, there was that ugali porridge–not a big hit.

When Hannah was told by a friend’s mom that Africa was on her bucket list, thirteen year old Hannah responded: “Well you can get the Africa experience here–just eat beans and rice and go to church for three hours.” Hannah said too, “Oh, and we meet a lot of people! We talk to a lot of random people.” All the world is filled with wonderful people. The clichés of Canadians being pushover nice, the Italians being flirts, the Americans being loudmouthed, the British being proper, or the Parisians being snobby, well, you can always find a handful to affirm your preconceptions. But the world is made up of a lot of interesting people that have lived incredible, not stereotypable lives. And if you listen with eager ears, wisdom abounds. I might have something to share, but I have more to learn.

Then there’s the kid stuff: expecting hours of customs lines with antsy kiddos, teaching them to zip their belts off on cue and present their hands to the agent for drug swabbing, being full body scanned, again, and while mom is removing her belt, receiving the little brother on the other side of the security monitor.

For the first time recently, my children were chatting with kids their age who had traveled internationally.

So what do you do when you’re on the plane? one of my kids asked.

Watch tv. What do you do?

Watch tv. But when we were traveling Alitalia, there was no tv. There was that one plane we flew on that played the same movie over and over. And mom let us watch it. …. Four times.

A general rule for travelling long, boring stretches. Don’t pull out the exciting dollar store toys, or new games, until the kids have suggested, ‘we’re bored’, more than twice.

Ya, I know you’re not in the mood to teach patience and fortitude RIGHT now, when you’re also bored out of your mind. But this is one of the best character traits kids can learn while travelling: patience. Patience standing in the customs lines waiting for the French train agents to attach and reattach daddy’s gym bands and rods–apparently, Monsieur French Custom Dude thought they looked an awful lot like a sawed-off shotgun (we missed that train, Merci!–it was gym equipment!!)

Patience as we play running games on the escalators at my bedtime in Heathrow waiting for the London plane. Four extra hours in the airport with four kids at bedtime, thank you kindly!

Patience as we are scattered around the British Airways to Nairobi flight. Yes, you can try to pacify your sweet ones with more plastic paraphernalia or sugary substances. Sometimes it’s necessary. Still, sometimes they can sit a little bit longer, practicing patience.

We play a lot of games when travelling. We’ve thrown our backpacks on the dirty airport floor for an extra three hours waiting for the near-striking Alitalia flight to board, and grabbed that pack of 52 cards for a few rounds of Poker, Dupa, or Gin Rummy until they called us back, to stand up and then sit down again for another hour.

“A disadvantage to travelling is food,” said one of my kids who wasn’t talking about North American travel. For those with a penchant for Kraft Dinner and Campbell’ Mushroom Soup, travel is stretching. There is just so much to sample: wild game– muskox or ostrich, or sea creatures–octopus and squid, farm friends–goats and sheep. Though monkey and bat meat will not be on my ‘must-try’ list when we were in West Africa during the Ebola crisis,  I think trying local food  is cool, knowing I’ve tried something new.

A brief visit to Vancouver with my newly minted thirteen year old allowed us a thrilling time to share a new experience for her: a fine dining restaurant. An amuse bouche of foie gras cream with anise star and pistachio. A triple vase of smoked salmon crème fraiche and squid ink crème breadsticks. And enough bloody red meat to make her contemplate vegetarianism. But not enough meat to justify the price, she suggested.

This time we’re packing snacks. I’ve previously been willing to overspend on Starbucks yoghurt parfaits and lone apples in baskets at convenience stores. But we’ve travelled rural developing world, where boxed foods are rare, and added sugar doesn’t exist. Where lollipops, Coke products, and sweet chai are the only treats of the village. Our luggage was half packed with chocolate instant pudding mix, chocolate chip granola bars, beef jerky, and Luna bars.

We’ve learned that an untapped, unconventional automobile travel strategy is to pick up hitchhikers (yeah, I hear you, doesn’t sound safe). When we were searching for land in Canada to build our homestead, we had long stretches where we were sitting with the real estate agent in our minivan. The kids were entirely silent, for hours, listening to the stories told by this stranger. Since there are many hitchhikers jamming their thumbs into the roads where I live, and it’s a way of transportation in these parts, I have met and learned from many strangers. Though picking up strangers is not conventional child travel advice, I’ll throw in the conventional too.

When we started our search for snazzy SUVs, I discovered what all parents of more than two kids have learned: minivans have a lot of room! I have never had a notion of owning a minivan, said most parents. But they have a lot of foot space. A lot of storage space. A lot of kid friendly features. And a lot more quiet, with the help of a DVD player. (Someone should be paying me for this ad).

Even trucks don’t have that. Travel with six in a crew cab for any distance and you’ll feel like you have your kids’ voice on megaphone. Yes, there’s room in the back to transport furniture and garbage to the dump, but this vehicle was not intended for happy parents.

Travel anywhere and there’s always stuff to bring back home–stuff we’ve found on tour….like that twenty one foot tree limb. Zach, five years old, wanted help bringing it into the minivan so we could return home.

Okay, then. But it was a cheap keepsake. (No, we didn’t bring it home, the power of distraction.)

Though I enjoy collecting bookmarks and truffle oil or hot sauces, coffees or cloudberry tea–really, any usable items from travel destinations, I know we’ll always bring home memories, the best keepsake. I don’t remember each kids’ birthday I’ve planned, a whopping 57 in total. But, I certainly do remember my daughter’s seventh birthday in Paris and my son’s fifth in Las Vegas.

I remember the first time we looked out at the window at Africa and cried, I’d finally done it. I got to Africa. And I remember looking out the window with the kiddos at Italy and my kids yelling, “It looks like Africa!”

I remember our most remote experience ever: the flat tire on the Dempster Highway in North West Territories or possibly also that few hours walk, without water, from the edge of the Great Rift Valley back to our rural Kenyan town of Kapsowar.

Possibly the most anxiety-producing memory:  vacationing with my husband on the eastern coast of Mexico with no phone service as my daughter was hospitalized in Canada that day.

Definitely the most scary so far: our vehicle being searched for el Shabab at a Nairobi shopping mall (a year before another mall was shot to smithereens). And almost just as terrifying, I remember the first time we dined with our first, and colicky, baby, at a low-key Chinese restaurant in small town Alberta. We were as terrified then as we were taking our four into the West African feeder airport during the Ebola crisis.

When I once thought a clever blog name title would be thewanderingwiedricks, I decided you could just followthewiedricks instead. Because as Gandalf wisely quipped, “Not all those who wander are lost.”

Post submitted by Teresa Wiedrick of Capturing the Charmed Life.

Teresa Wiedrick is always eager to share the freedoms of the homeschool lifestyle with the skeptical, the intrigued, or the interested. Ten years ago, she was searching for arguments against homeschooling, and that search informed her next decade.

Her family began home educating when they moved provinces, and her eldest daughter completed grade two. The schedule-free lifestyle enabled their family to travel across Canada, to the Arctic, into Africa twice, and other interesting places.

A heart advocate of home education mamas, she’s writing a book on Self-Care for the Homeschool Mama. She can be found on-line Capturing the Charmed Life and on Instagram, Facebook, and Twitter. She cannot
be found on Snap Chat, because she is too old for that.

We are two homeschoolin’ mamas of large families. Read about us on my About page. 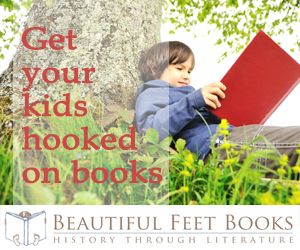 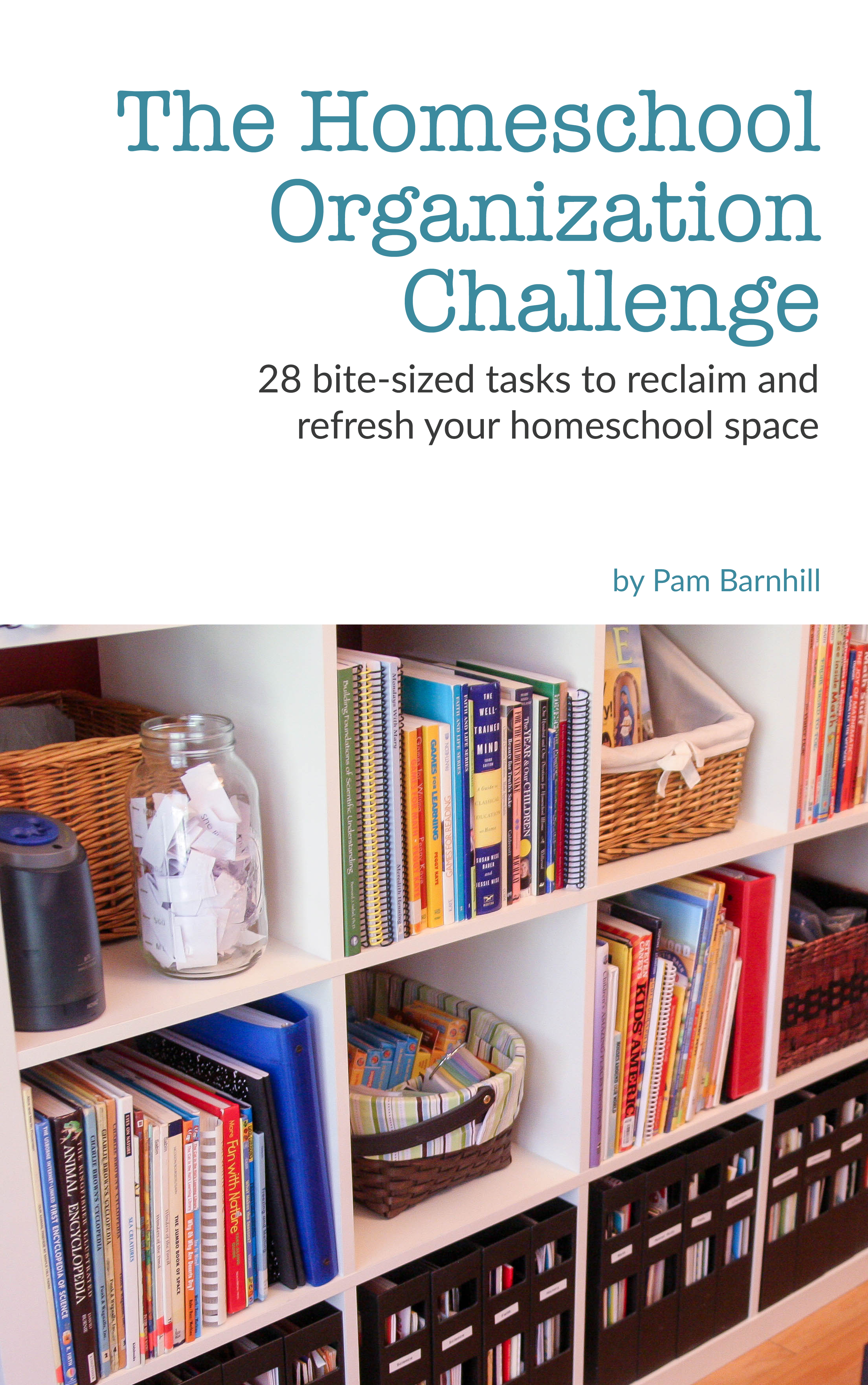 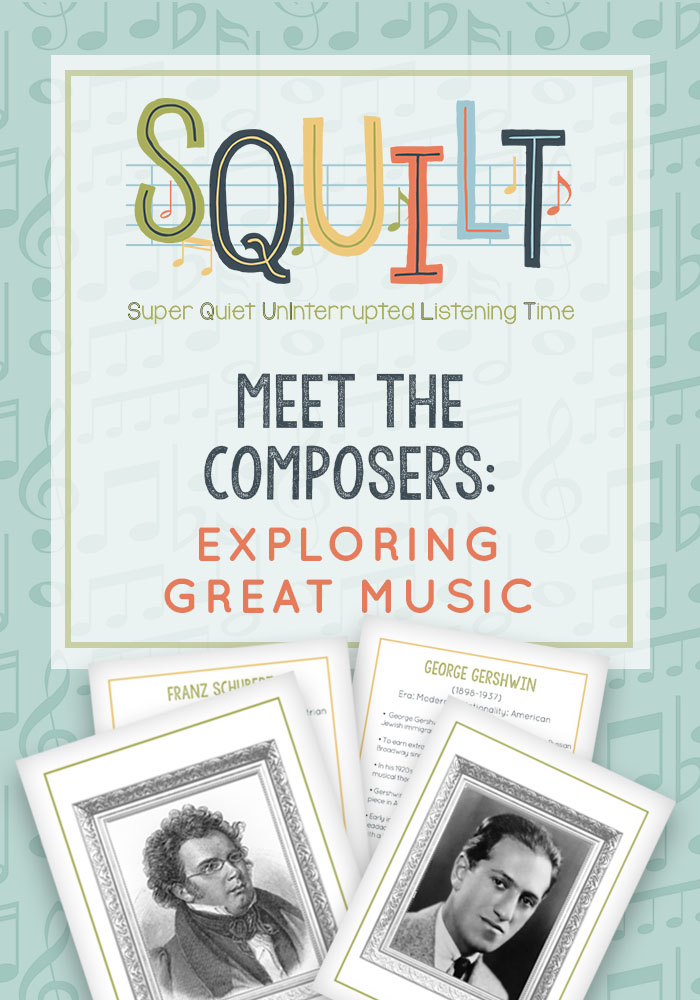 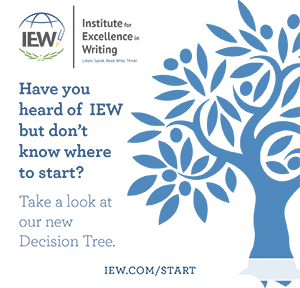